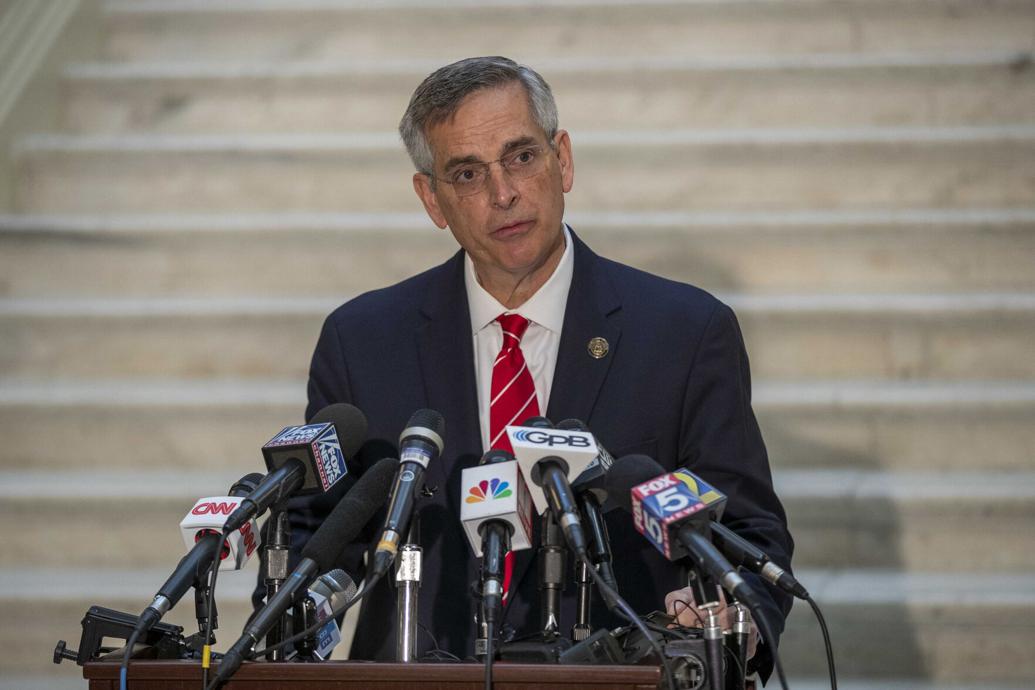 “American leaders should be elected by American citizens,” Raffensperger said during a news conference at the Georgia Capitol. “It’s as simple as that.”

Raffensperger spoke out Jan. 11 hours before President Joe Biden and Vice President Kamala Harris were due in Atlanta to drum up public support for Democrat-backed voting rights legislation stalled in the U.S. Senate.

Raffensperger criticized Biden and congressional Democrats for pushing legislation he said would amount to a federal takeover of state and local elections.

He said the two bills being pushed by Democrats would virtually eliminate voter ID requirements, allow third parties not affiliated with election officials to distribute and collect absentee ballots and prohibit election agencies from purging voter rolls within six months of a federal election.

“Make no mistake: This is an attempt to weaken election integrity in the guise of voting rights,” he said.

Democrats have criticized election overhaul laws passed in Georgia and other states since the 2020 elections as an effort by Republicans to use voter suppression to reverse their electoral losses.